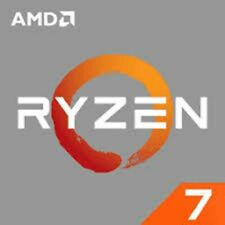 While the RGB lights in my PC build add beautiful lighting effects to the computer, there are time and situation when you don’t want those flashy RGB lights.

In my case, my PC build is used as a work machine, not a gaming machine. So I prefer my machine to perform quietly (visually) rather than showing off there all the time.

The RGB lights are shining all over the places including the case, motherboard, CPU cooling fan, RAM & case fans. I thought there would be an all-or-nothing settings at the BIOS to turn off all the lights but after digging through the BIOS, there isn’t one such setting.

Hopefully these RGB settings will be standardized and eventually be able to control all from the BIOS settings. But for now, I have to go through multiple steps to turn off RGB lights from different components one by one.

My motherboard is Asus TUF Gaming X570-Plus. There is a handy AURA ON/OFF switch available to turn off the lightings on both the motherboard & case (but it has no effects on fans, cooler nor RAM).

Different motherboard will have different settings. Consult your motherboard manual to find the corresponding settings to turn on/off RGB lightings.

In order for the Wraith Prism software to control the cooler RGB lights, we need to use a another cable (USB cable) that comes with the cooler instead of the RGB cable.

Under MAIN CONTROL, there are 3 tabs: RING LED, FAN LED & LOGO LED. Each has its own LIGHT ON/OFF switch.

Now the Wraith Prism cooler should be spinning diligently without showing off.

Similarly, Corsair has a software called iCue that lets to control your Corsair RAM RGB lights.

I have 2 memory sticks and iCUE is showing them as DIMM 1 and DIMM 2.

The best way is to purchase case fans that do not have RGB lights. For fancy RGB fans, you can get a RGB controller to control the lights.

My beautiful Lian Li LANCOOL 2 case comes with 3 case fans that do not have RGB lights. So that’s good to go.

The 2 extra 120mm fans I purchased come with white LED (Thermaltake Riing 12). After careful examination and googling around, apparently there is no control you can turn off the LED light.

The fan does have a separate wire pair running from the fan motor to the LED light. There is a high chance that I can turn off the LED light by cutting this wire pair to break the circuit to the LED. However, I typically don’t like to break things that is not reversible (even though I can solder it back). Plus the fact that the white LED light isn’t that bad after all, I decide to leave the white fan LED light alone.

Here’s my visually quiet 3700X build after all these tweaking:

How to merge PDF files quick and easy?